Your Choice for Karate Classes in Lansdowne, PA

Karate is a martial art that uses punching, kicking, knee strikes, elbow strikes, and open-hand techniques to attack or defend yourself against an opponent. At Daniel Pope Karate, we provide karate classes in Lansdowne, PA for beginners and advanced individuals. While our classes are a great activity for children, they can be just as rewarding for teenagers and adults, which is why we encourage students of all ages to join our karate classes. During each session, you’ll learn and practice fundamental and advanced karate moves, as well as self-defense techniques that can be utilized in real-world situations. We’ll also work on building your general fitness level through training exercises that will improve your strength and endurance. Feel free to call our school to learn more about our classes and instructors. 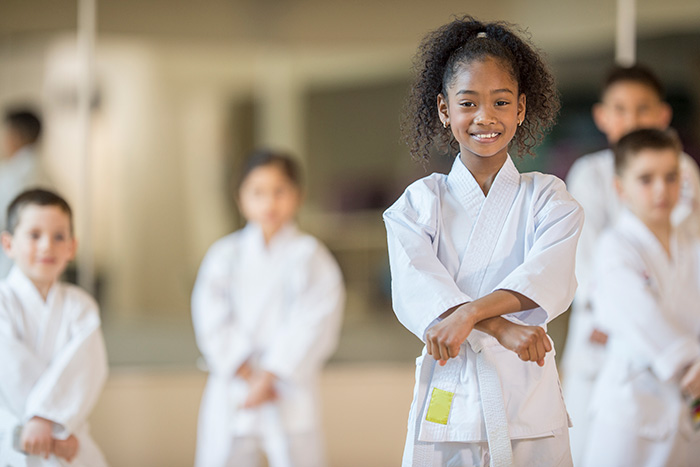 The art of karate was developed from the indigenous Ryukyuan martial arts with an influence from Chinese martial arts. Today’s karate uses mostly striking moves of both the arms and legs and utilizes open-hand techniques, such as knife-hands, spear-hands, and palm-heel strikes. Many ancient forms of karate, as well as some modern forms, also use grappling moves, throws, restraints, joint locks, and vital point strikes. The popularity of karate has grown continuously over the years. It has become a popular form of learning self-defense moves, while also being a prominent competition sport.

Enroll in Our Karate Classes Today

Karate is an excellent practice, not only for physical fitness but also other areas of life. Karate students, both children and adults, learn discipline, confidence, and respect. It is more than just a physical exercise. It is also a way of life. If you’re ready to dive in and learn karate or are looking to continue your practice, Daniel Pope Karate is the school to choose. Our instructor has many years of experience, winning over 250 awards in sport karate tournaments. Call today to enroll your child or yourself or stop by to speak to one of our dedicated instructors.